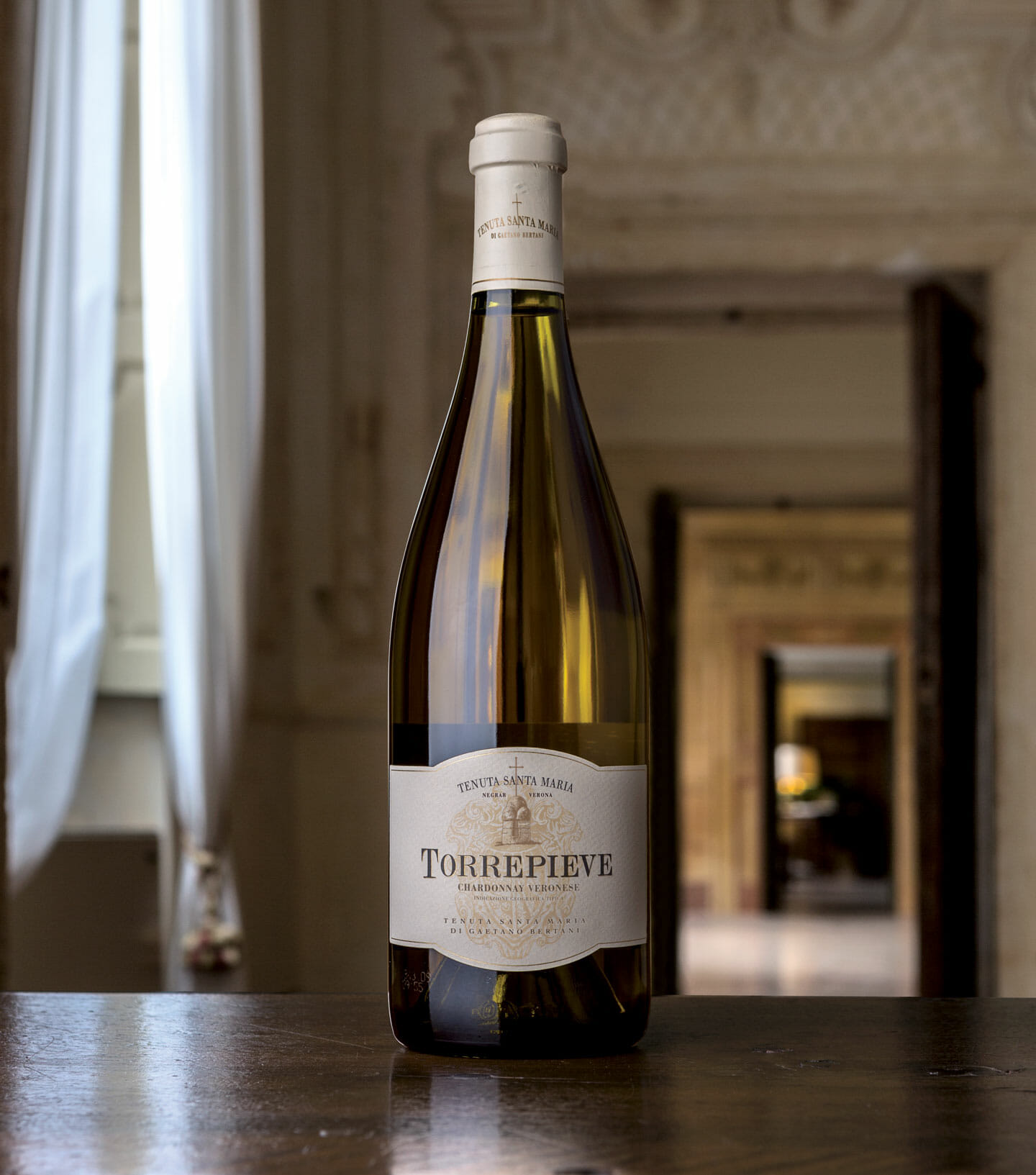 a single vineyard chardonnay, with great elegance and complexity obtained from three different clones in a densely-planted vineyard. The wine is made in part through fermentation and long aging in oak barriques at cellar temperature.

Pale yellow in color, crystal-clear with a tint of green. Intense perfume, typical of Chardonnay, and an aroma of fresh fruit. Subtle vanilla scents fading into exotic perfumes of pineapple, banana, and citrus and then finishing with hazel-nuts and melted butter. The wine denotes an excellent and elegant refined structure and is well-balanced between acidity and sapidity.

classification
Chardonnay Veronese – Indicazione Geografica Tipica
production area
The Illasi Valley, 16 km east of Verona, north and south facing land with a gentle slope
type of soil
Primarily clay with deeper calcareous layers
varietal
100% Chardonnay
training
Spur-pruned cordon-trained, 9500 vines per hectare
years planted
1990 to 1993
philosophy
By choosing the best hillsides, employing high-density, low-yield methods and following precise vinification techniques, a Chardonnay of great character is produced, fully expressing the terroir of the Illasi Valley which is especially adapted to varieties of white wine.
vineyard management
Due to the high density of the vines more than 70% of the vineyards’ management is carried out mechanically. The green pruning and green harvest are done by hand in the middle of July.
harvest, vinification and aging
The grapes, picked in the first 10-20 days of September, enter the press after being cooled down by a few degrees. The must is left to rest in order to to separate itself from the sediments before beginning the next phase of vinification. 50% is then fermented and fined in new medium toast barriques for approximately 150 days, while the remaining 50% is fermented and rests at a controlled temperature in steel containers. In March of the the year following the harvest, the two wines are assembled and refined for about 6 months. After a further refinement of four months, the wine is bottled.